What we learnt by experiencing an 8.2 earthquake - diariesof

If it is true that an earthquake’s power increases by 10 times with each increase in the number of its scale, then surely an 8.2 is much more powerful than a 7.8. The quake in Nepal lasted 20 seconds, in Iquique it lasted 120 never-ending seconds. Then again, why was there no catastrophe in Iquique? 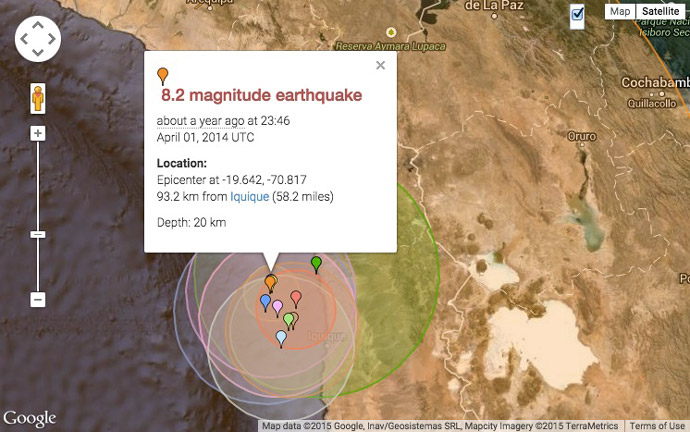 Could it have been preparation? In Chile everyone seems to be prepared for earthquakes. Chileans are expecting a super earthquake to hit the country any time and they keep leading their lives with normality, but still, they have been preparing for the hit.

What does the preparation in Chile consist of? Here is what we learnt on that infamous day in April 2014:

Perhaps because of all the above points, the population remained calm (except for foreigners like us) and evacuation happened without major incidents.

If you would like to make a donation for the victims of the earthquake, the following NGOs are collecting funds:

Photo: Aldo Solimano, Agence France-Presse.
Curious about Chile? Get inspired by this beautiful country and the friendly Chileans and order your diariesof Chile magazine now and have it delivered home with free shipping.

Sign up now! And get your monthly travel inspirations.

Portuguese Rice Fields – where to find them

A spiritual journey to Kyoto along the Kumano Kodo

Join Over 6,600
Travel Enthusiasts
You should know that  we rarely have good internet connection. So if you give us your e-mail address, we are unlikely to spam you. But we will send you our best and most inspiring travel experiences!
Sounds Good?